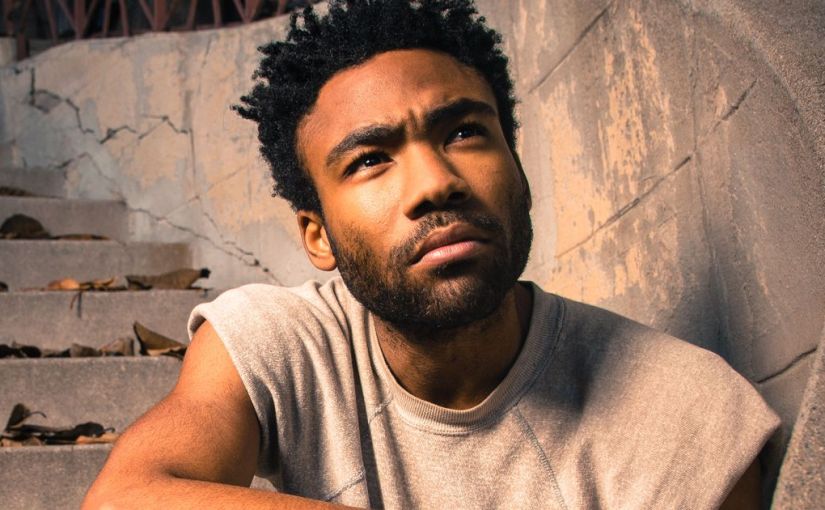 It was the late, great film critic Roger Ebert who argued that the underlying thesis of film criticism is rooted in the notion that “movies are not about their stories, they’re about how they’re about their stories.” Form and structure, mood and atmosphere—not just what an artist says, but how they say it—go beyond the craft of cinema. For the first two albums released under his Childish Gambino moniker, Donald Glover’s focus on these elements was scant, largely because, at the time, Glover had been using Childish Gambino as a means of expanding his stand-up sensibilities to hip-hop. Glover lives and breathes in multiple artistic realms—as a musician, as a comedian, as a television writer, and as an actor—but, at any given point in time, one can take a lateral view of his career and observe commonalities across those realms. It’s partly why albums Camp and Because the Internet are so wildly inconsistent; Glover brandishes the brash swagger of a more seasoned emcee, but punchlines like “Got no patience, cause I’m not a doctor” and “Girl why is you lyin’, girl why you Mufasa” exhibit some of the frustrations that come with translating comedy into hip-hop music. Glover having littered most of his early music with these gems, it’s difficult to tell exactly what his own underlying thesis is, because it often amounts to little more than trial and error in the service of a chuckle.

But 2016 brought us the FX series Atlanta, and with it, Glover demonstrated a much more abstract approach to comedy. Atlanta is remarkably nonverbal in its humor, concentrating instead on the frame through which the humor is shown. The “B.A.N.” episode—modeled after a fake BET talk show with parody commercials—is sharp in its content, but even sharper in its structural conceit. “Awaken, My Love!” actualizes the lessons learned from Atlanta and features Glover at his most passionate and expressive, all without a single rap verse across its eleven tracks.

Yes, Glover abstains from rapping—perhaps the key activity on which his entire musical career has hinged—in his trans-galactic odyssey to rediscover the same brand of starry, glossy funk that George Clinton would have brought back to Earth from the deepest cosmos. But even within this interstellar approach, Donald Glover remains, quintessentially, Donald Glover. On “Zombies,” he channels Vincent Price’s unique brand of whimsical macabre, relishing in the goofiness of his delivery; like Atlanta, what makes “Zombies” effective in its comedy lies in the delivery, not necessarily the content. “Boogieman” and “California” espouse similar comedic virtues, although “California” recklessly rides the line between intentionally bad art with purpose and just plain bad art.

Much of what allows Glover to be so chameleonic across “Awaken, My Love!” can be attributed to Glover’s shockingly dynamic vocal range. That Glover can sing should be of no surprise to anyone familiar with his past material, but it’s remarkable just to witness how stylistically versatile and adventurous the man truly is.

“Adventurous” is not a word I would have used to describe Childish Gambino in the past. But Glover is no longer content to be the soundtrack to every freshman dorm room in every college across the country. Here, he’s found a higher calling, an artistic purpose the likes of which he never truly fulfilled in his music until now. It’s a stark shift in quality and sound for the artist—there are more good songs on “Awaken, My Love!” alone than on Camp and Because the Internet combined—and every second of it feels earned. This isn’t just Donald Glover haphazardly experimenting and seeing what works; this is a man with a musical mission statement. Only time will tell if “Awaken, My Love!” is a new precedent or just a one-off nicety, but it’s nothing if not the beginning of an exciting new chapter for Glover, regardless of where his aesthetic Renaissance takes him.