If music is as therapeutic to me as it is to everyone else, then 2016 gave music a new level of importance in all of our lives. It was a bad year, but at least we got some great albums out of it. Here are my favorite albums of 2016.

The Glowing Man completes a quasi-trilogy established by The Seer in 2012 and continued with To Be Kind in 2014. If The Glowing Man is an attempt to top those two projects, it falls short—but only slightly. Like its predecessors, The Glowing Man has no qualms about approaching the 2-hour mark in length, but unlike most artists, Swans is able to maintain such ambitions. Frontman Michael Gira saturates The Glowing Man with enough of the band’s distinct cacophony to fill a motion picture length, the album itself almost arthouse in both its madness and density. Swans’s latest work may not break new ground for the band artistically, but it is a resounding affirmation of Gira’s wildly unorthodox talents.

In a year that gave us a bounty of watered-down pop punk albums from high-profile staples of the genre—be it Green Day’s Revolution Radio or Blink-182’s California—relative newcomer PUP demonstrated an understanding of pop punk’s distinct selling points. The band’s three-year lifespan thus far has been marked primarily by a hardcore punk aesthetic; here, they marry the heavy guitars of their foundational sound with the pronounced melodies of pop punk. In the lead single “DVP,” singer Stefan Babcock alternates stories of binge drinking with near-suicide notes—the youthful, angst-driven self-gratification of pop punk blanketing the coarse exasperation of hardcore punk music—with a specificity that elevates the material above the prosaic whining of some of the lesser punk bands to release music this year (looking at you, Good Charlotte).

“My first name is a random set of numbers and letters / And other alphanumerics that changes hourly forever.” Ian Matthias Bavitz, stage name Aesop Rock, knows we’ll never be able to figure him out, and he loses no sleep over it. It’s clear that he exists on another plane as a lyricist, weaving together complex multi-syllabic rhyme schemes with the (not one of the—the) most impressive vocabulary the genre has ever had to offer. At this stage of his career, Aesop Rock need do little more than spit his brand of lexicographical fire and defend his throne, but The Impossible Kid also offers an intimate exhibition of Bavitz’s fractured psyche. If we can discern one thing from it, it’s that Bavitz, godlike as he is, has quite a few insecurities and quite a few more ways to talk about them.

22. Benjamin Clementine – At Least for Now

Benjamin Clementine is a poet, this album a theater stage. At Least for Now lives for theatrics while avoiding mawkishness and refusing to sacrifice its emotional intimacy. At once large yet understated, Clementine’s spoken-word delivery gives him an exceptional emotional palette, whether it’s the belted chorus of “London” or the soft vocal touches alternating with the strangely foreboding bridge on the ballad “Then I Heard a Bachelor’s Cry.” Lyrically, Clementine can be quite extreme, asserting on “Nemesis” that “If chewing was to show you how much I cared / I would probably be wearing dentures by now.” Wholly unique, At Least for Now puts Clementine on the map as a prose writer, musician, and poet; I don’t know how many other albums this year were able to present their creators with quite as much dimension. 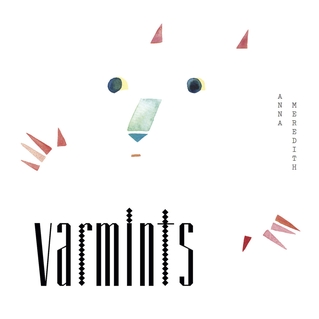 Anna Meredith is not your ordinary electronic musician. An alumnus of the BBC Scottish Symphony Orchestra, Meredith’s style is noted by her incorporation of chamber music elements. This is not electronic music for the club, and while the term “intelligent dance music” condescends, Meredith does paint a much more complex portrait with her synthesizers than any EDM jockey I’ve heard in recent years. She utilizes repetition but never hinges her material on it, and Varmints is all the better a debut for it.

The Canadian jazz fusion group returned with their fourth studio album this year (fifth if you count their Ghostface Killah collaboration Sour Soul) and with it, they brought a new band member in the form of longtime co-conspirator and multi-instrumentalist Leland Whitty. The now-quartet’s rigid compositions are a carryover from their 2014 album III, with even fuller and more varied instrumentation than its pseudo-electronic predecessor. It’s hard not to miss the wild improvisation of the group’s first two albums, but they more than make up for that with superior recording and mixing and a bevy of great features from the likes of Future Islands vocalist Sam Herring, saxophonist Colin Stetson and independent rapper Mick Jenkins.