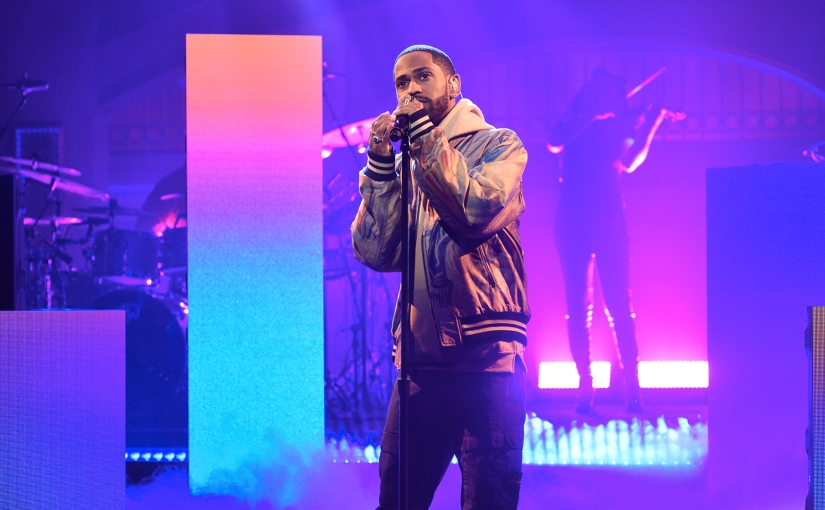 “Throughout my life, I always felt like I got a second chance at everything somehow,” Big Sean told Trevor Noah on The Daily Show late last month. Second chances and the process of reinvention have always marked the Detroit rapper’s career. Long gone are the days of strip club anthems set to MC Hammer samples; two years ago, Sean took a plunge into the moody, inky Dark Sky Paradise, his most ambitious project to date, while I Decided offers the most sonic diversity of his career. But as admirable as Big Sean’s penchant for rediscovery is, it’s only extended as far as the instrumental spaces he inhabits. I Decided still suffers from the same problem that every other Big Sean album does: Big Sean himself.

It’s hard for Big Sean’s nasally monotone not to conjure images of Drake, whose footprints have always been slightly ahead of his. Where Big Sean differs from Drake—and what is perhaps his greatest asset as a songwriter—is in his earnestness and humility. Big Sean flaunts his success like anyone else, but he also espouses the values of hard work and modesty. He counts his blessings (his “Blessings on blessings on blessings,” as he said on his previous album), pays his gratitude, and reflects on his sacrifice. He’s a kingpin with a magnetic devotion to the process of ascension. It’s why, on “Bounce Back,” every line about Big Sean’s opulence is seemingly offset by a line about his past financial woes, Sean cleverly remarking on the hook that he “cashed a check and bounced back.” And on the terrific “Sunday Morning Jetpack,” the ascension metaphor is glaring; Big Sean reminisces on his childhood and talks about the uplifting power of his deep religious convictions.

On paper, Big Sean works as a pop star and rapper. Positive as his message is, it’s his obvious work ethic that truly saturates his lyrics with sincerity. What he lacks is personality, and though he may have grown as a songwriter in comparison to Drake, his revelations are undercut by his inability to stretch his voice outside the boundaries of apathy. Guest artists like Eminem (“No Favors”) and Migos (“Sacrifices”) wind up eclipsing him as a result; the guest contributions here relatively limited, and it’s clear here that Big Sean is devoid of the gravitas needed to carry this album alone.

Much of what does carry this album is its motley production aesthetic. The smooth R&B sampling on “Lights” is starkly defied by Metro Boomin’s murky “Bounce Back”; further down the tracklist, Amaire Johnson’s reverberating keyboard and intermittent strings on “Sunday Morning Jetpack” elevate the album to lofty musical heights, and Metro Boomin returns towards the end for the trap-laced “Sacrifices.”

Big Sean’s adventurousness vis-à-vis beat selection can occasionally veer into unfocused pandering, though: “Jump Out the Window,” between Big Sean’s singing voice on the chorus and the chopped vocal sampling intertwining with piano, is essentially a somber reboot of Drake’s “Show Me a Good Time” from Thank Me Later.

I Decided is a gorgeous Italian sports car being steered by a mediocre motorist. Big Sean’s vehicle functions efficiently—his flows are tight, his lyrics are thoughtful, and the album’s instrumentals are eclectic—but he’s far from the force of nature he needs to be to carry this sort of material home. It’s clear Big Sean has been toning his hip-hop muscles in the last two years, but until he finds a more emotionally dynamic sound, his technical improvement will be utterly wasted. I Decided is undoubtedly his best album. It’s still not good enough.