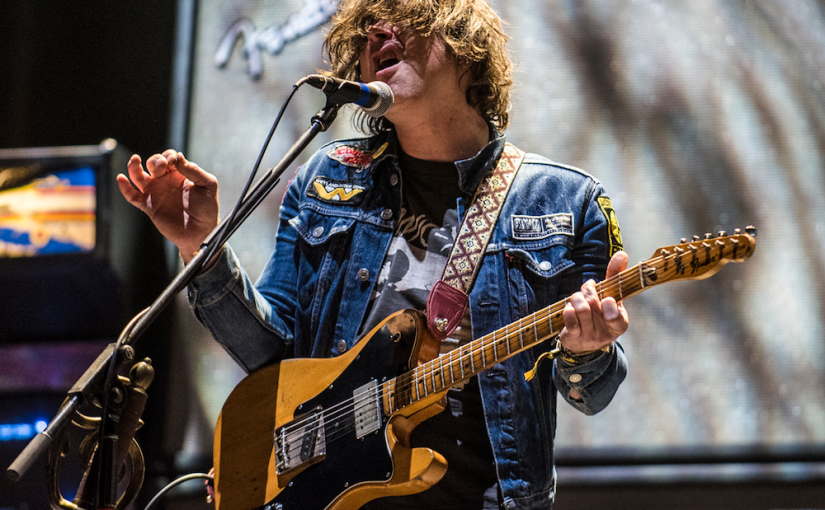 It was fitting that Ryan Adams’s previous full-length album was a front-to-back cover of Taylor Swift’s award-winning 1989. Both artists have made careers out of amplifying their intimate stories into anthems while retaining the specificity of their songwriting—Adams, at the time, was going through a divorce with his then-wife Mandy Moore, and Swift’s tales of structurally-unsound young love translated well to weariness, Adams’s degradation of relationship reflected in the somber acoustic guitars comprising much of the album.

It’s a principle that hasn’t waned, despite the more uniformly electric soundscape occupying Prisoner. From the outset, Prisoner proves to be a way’s away from his 2000 debut solo album Heartbreaker, a Nashville purist’s wildest fantasy, but Adams even deviates from his bluesy 2014 self-titled album, the last original material we’d heard from him. It’s almost as if he needed 1989 as a middle ground to metamorphose, its pop sensibilities transforming him into a full-fledged heartland rocker. The sun-drenched organs and guitars of the opener, “Do You Still Love Me?,” evoke Bruce Springsteen in the late ‘80s, and on “Doomsday,” his declarations that “My love, we can do better than this” soar over crashing acoustic guitar riffs. On the whole, Prisoner isn’t too far off from a Tom Petty and the Heartbreakers record, but its larger-than-life sound and raw sense of emotional turbulence fit the kind of grand arena orchestration that defined acts like Springsteen and Petty thirty years ago.

If Prisoner has one issue, it’s that Adams can’t really help but be an imitator. Petty and Springsteen, along with John Mellencamp and Bob Seger, defined this variation of Midwestern soft rock, and, vocals aside, Adams sounds quite a bit like all of them. It’s not necessarily his fault; the genre itself is incredibly limited in scope, typically concerning itself with blue-collar modesty: the more straightforward, the better. And while Prisoner is nothing if not straightforward, it affords Adams little wiggle room to experiment stylistically. Adams doesn’t so much swing for the fences here as he bunts it, getting by almost entirely on the passion of his conviction.

He somewhat has to fall back on said conviction, largely because his songwriting, sincere as it is, doesn’t pack much nuance. Lines like “I am a prisoner / For your love,” from the title track, aren’t exactly analogically original—even worse is “Shiver and Shake,” a severely literal account of heartache built on an overbearing first-person perspective and simplistic rhyme schemes. A lot of Adams’s material here echoes these qualities and reverberates clichéd imagery, but the man sells almost all of it. He’s an introspective bard with the ferocity of a fiery rocker, and there’s something cutting about how stripped to its bare essentials the lyricism is, even if it occasionally comes across as clunky and basic.

Prisoner deftly dodges the pitfall of becoming a woe-stricken heartbreak record. Adams refuses to play the sad puppy here; even when it he’s defeated by heartbreak, there’s a warm, uplifting spirit that permeates the record. Despite the fact that Prisoner declines to innovate its genre, or even find imaginative interpretations of it, it does faithfully recreate what is, by the day, becoming a less and less relevant form of rock music. Its authenticity elevates its sometimes-pedestrian songwriting, and it never leans too heavily on nostalgia even as it reminisces on staples like Tunnel of Love and Damn the Torpedoes. It’s never quite clear what we can expect from Ryan Adams next, but Prisoner cements itself as a worthy effort, even if it’s just barely so.