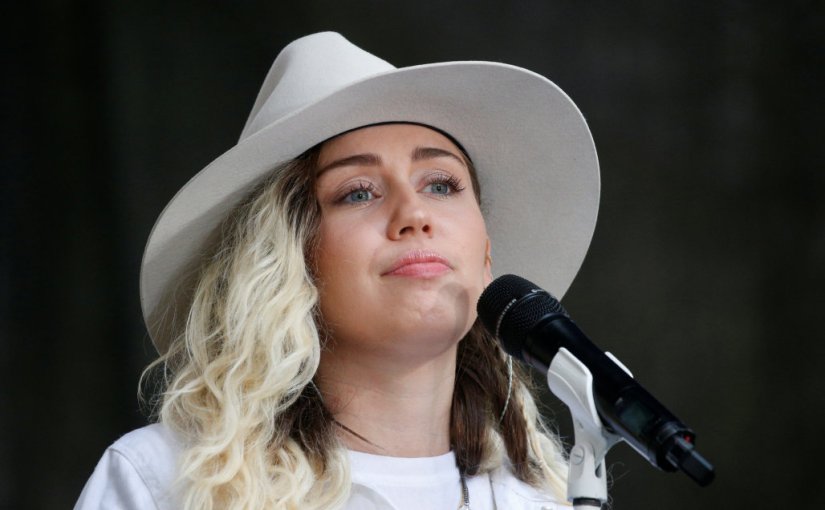 In the decade-plus since her major pop culture debut, Miley Cyrus has proven herself to be a walking, talking identity crisis. Following her rise to fame as the tween pop icon Hannah Montana and her subsequent post-Disney success with singles like “Party in the U.S.A.,” Cyrus underwent the inevitable attempt at maturation every teenybopper pop star goes through in an attempt to keep up with their aging base. The end result was Bangerz, a quasi-rebellious attempt to display just how far she’d strayed from her Mickey Mouse origins. And though Bangerz shot her to the height of her popularity, Cyrus went from childlike to outright childish, bragging about her sexual exploits and newfound marijuana habit as if society viewed these acts in the 2010s with the same degree of taboo it did in the 1950s. During the Bangerz era, Cyrus sounded less like an adult and more like a teenager demanding to be treated like an adult; it culminated in some of her worst mainstream music to date, as well as the infamous VMAs twerking travesty that garnered plenty of criticism for her alleged appropriation of Black culture.

It seemed she took the criticism to heart. After a four-year hiatus with no major music (outside of the unlistenable 90-minute SoundCloud release Miley Cyrus & Her Dead Petz), Cyrus has once again rebranded herself, this time as a wholesome, folksy pop-country singer on Younger Now. But despite transforming her musical aesthetic for the third time in her career, Cyrus is still highly lacking in imagination; like her past works, Younger Now is resigned to being a pale imitation of its genre, and ranks among the year’s worst albums as a result.